GEN4 Static Eliminators – Eliminate static and dust! Neutralize and clean at distances up to 20 feet! 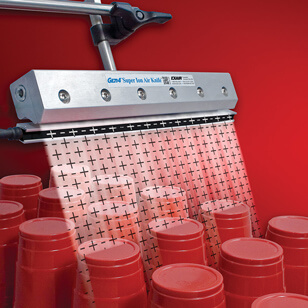 What is a Static Eliminator?

EXAIR static eliminators neutralize static electricity charges in a wide variety of industrial processes. Anti-static products eliminate static cling that causes dust attraction, jams and tearing. EXAIR´s static eliminator (called ionizers) can eliminate the charge. These shockless ionizers are electrically powered and produce a bulk of positive and negative ions. The charged surface attracts the appropriate number of positive or negative ions from the ionizer to become neutral (discharged). The electrical charge (static) will be neutralized at distances up to 20 feet. 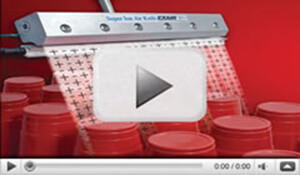 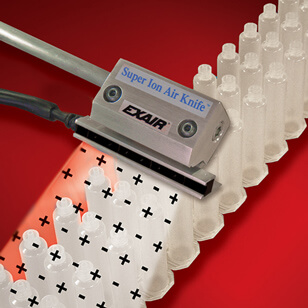 Material such as paper, plastic or textiles normally contain an equal number of positive and negative charges – that is, they are electrically balanced. Friction can disturb this balance, causing the material to become electrically charged.

The electrical charge (static) will exert a force on nearby charged objects or a grounded conductor. Among the problems caused by this force are:

When aiming EXAIR´s Model 7905 Static Meter at a single plastic surface, it is common to measure many voltages across the same surface. The higher the voltage measured, the stronger the static charge or force at that point. It is also possible for some voltages to have opposite polarities (positive or negative) which determines if two insulators will attract or repel one another.

The ionizers can eliminate the charge. These shockless ionizers are electrically powered and produce a bulk of positive and negative ions. The charged surface attracts the appropriate number of positive or negative ions from the ionizer to become neutral (discharged).

EXAIR offers systems for total static control. When static is a problem on moving webs, sheet stock, three dimensional parts, extrusions or packaging. We have a solution.

Combining our engineered airflow products with ionizers gives us the ability to eliminate the charge quickly and at great distances. Laminar flow airstreams make it possible to blow away any contaminants and the charge that attracts them. They are ideal for:

Compressed air consumption and noise are minimized while providing force that can be adjusted from a “blast” to a “breeze”. Tests show these ionizers positioned two feet (610mm) away from a charged surface to be as effective as an Ionizing Bar without air delivery positioned one-half inch (13mm) from the surface. 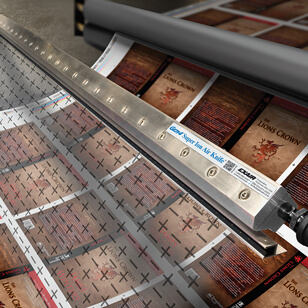 The GEN4 Super Ion Air Knife provides the best performance of all ionizers. It uses our GEN4 Super Air Knife (40:1 air amplification) to deliver a uniform sheet of ionized air that controls static up to 20 feet (6.1m) away.

The GEN4 Ion Air Cannon uses our GEN4 Super Air Amplifier (22:1 air amplification) to provide a focused, conical airstream that is capable of removing static charges up to 15 feet (4.6m) away.

The Super GEN4 Ion Air Wipe uses our GEN4 Super Air Wipe to provide a uniform 360° ionized airstream that is easy to clamp around a part for eliminating static electricity and contaminants.

The GEN4 Ion Air Jet is an effective spot cleaner. Available for permanent mount or with flexible Stay Set Hose, this ionizer is the ideal way to focus an ionized airflow that eliminates static in confined areas. 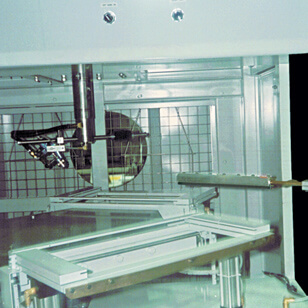 In some situations, even the smallest amount of airflow can disturb the product. This is especially true for lightweight materials. EXAIR manufactures two styles of ionizer for these critical applications.

GEN4 Ionizing Bars are ideal for controlling static on relatively flat materials, where the bar can be mounted within a few inches of the product surface.

The GEN4 Ionizing Point is effective for spot neutralization of static electricity. The compact size makes it ideal for winding or slitting operations. It can also be mounted through a duct to neutralize static charges due to moving air or materials.